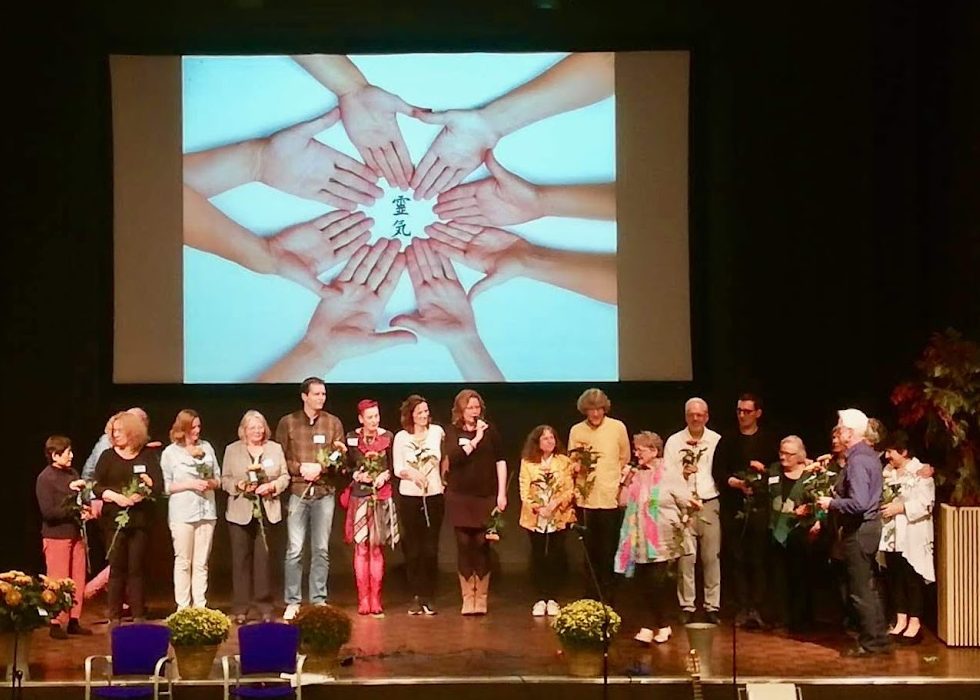 Immediately after Inger Droog brought Reiki to the Netherlands in 1984, there was a need to get together with several Reiki practitioners. Because everyone felt that the energy then became stronger and that it promoted your personal growth.
But the first real big Reiki meeting was in 1986 in the Okura Hotel in Amsterdam.
Just over 400 people attended.
It was part of the vast number of people initiated by Inger in the previous two years.
There we first felt the effect of being in such a large Reiki group.
After that, a meeting was organized every year under the name “Reiki Reunion”.
That organization was in the hands of Inger Droog’s assistants.
They were initiated into Reiki Masters by Phyllis Furumoto in this order.
They were Joop Gerritsen , Joost Godschalx , Ton Driessen †, they are now deceased.
This first group also included Li-Li and Rolf Holm, making them the oldest initiated living Reiki Masters in the Netherlands.
In 1997, due to various circumstances, no Reiki reunion was organized anymore.
Li-Li and Rolf Holm then took the initiative to show the Reiki Festival in relation to the Reiki Magazine, which they published at the time.
That was a success and immediately a tradition that was refreshed every year.
The magazine no longer exists, but the Festival still does. The program varies from year to year.